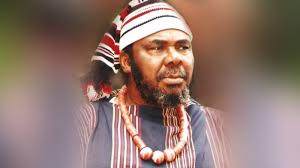 Chief Pete Edochie, MON. Born 7 March 1947 is a Nigerian actor.
Edochie is considered one of Africa’s most talented actors, being honored with an Industry Merit Award by Africa Magic and Lifetime Achievement by Africa Film Academy Although a seasoned administrator and broadcaster, he came into prominence in the 1980s when he played the lead role of Okonkwo in an NTA adaptation of Chinua Achebe’s all-time best selling novel, Things Fall Apart.
Edochie descends from the Igbo land in Nigeria and is a Catholic.

In 2003, he was honored as a Member of the Order of the Niger by former President Olusegun Obasanjo.

Today being the 7 day of march we join millions of fans nationwide to celebrate the veteran and icon.
We wish you all the best as you grow grey sir.
Happy Birthday chief.